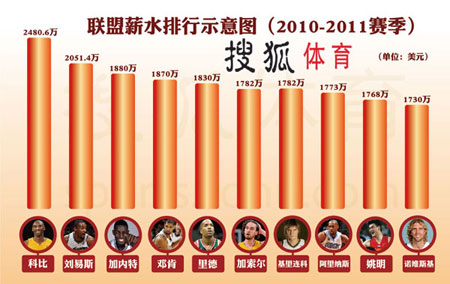 Some people say that professional workers such as doctors, nurses and teachers make greater contribution. So they should be paid more than those sport and entertainment persons. To what extent do you agree or disagree? 有人认为专业人士应该比文体明星高薪，是否认同?

It is not rare to see that some worldly famous entertainers and athletes usually have a sort of comfortable salary compared with other professionals. People have been debating，for many years，whether or not top stars such as movie stars and professional players, should deserve more financial rewards. Personally speaking，they have no reasons to enjoy extremely high income in comparison with other professionals.

Indeed, I have to concede that those famous entertainers and athletes have some reasons to have handsomely paid jobs. First, their arduous efforts can not only enrich people’s spiritual life but also help people relieve pressure triggered by modern life. Further, striving for stardom requires large amounts of industrious work. Their relatively finite career time may justify their excessive salaries, for high-paying salaries are the rewards of their honest hard work and the security of the rest of life.

What I want to rebut，however，is that other professionals’ endeavors might outshine super stars’ hard work. For a start, various professional workers make their unique contributions to the society. From our life, it is easy to find numerous examples. Armed Police Soldiers assume the obligation of defending the country, especially when a nation suffers from foreign invasion or natural disaster. A survey conducted by Vista has found that most respondents claimed that policemen or soldiers have sound reasons to get high economic rewards.

This debate reminds me my parent, my farther is a teacher, and my mother is a doctor. My father deserves more income because he imparts knowledge and educate people，it is conceivable that efforts coming from educators could foster more talents, who can inject new vitality into the further mightiness of a nation. Likewise, doctors like my mother shoulder the responsibly of healing the wounded and rescuing the dying, therefore, comfortable salary could be considered as a returned favor and award for the painstaking works of those professionals.

In closing, it is my stand is that both extraordinary stars and other professionals have every reason to enjoy well-paid jobs, however, professionals’ efforts deserve high paying salaries

2. have a comfortable salary 拥有高薪

14. have sound reasons to get high economic reward 有充分的理由得到高薪

15. Lawyers usually play the role of safeguarding the dignity of law. 律师扮演了维护法律尊严的责任。

17. Doctors shoulder the responsibility of healing the wounded and rescuing the dying 医疗工作者承担救死扶伤的责任。

21. Other professionals like doctors, researchers, scientists, are making substantial contribution to our community. 其他的专业人士，诸如医生、研究者、科学家，对于我们的社会作出的贡献更大。

22. Personal wealth is not in proportion to realization of social value 个人财富和社会价值不成正比。

23. discourage the initiative and zeal of people in other fields 打击了其他行业人士工作的热情。

24. Both famous stars and other professionals have every reason to enjoy well-paid jobs. 明星和专业人士都有高薪的理由。

25. The key to the problem depends on one’s personal ability and the devotion to the society. 个人的能力和对于社会的贡献是关键因素。