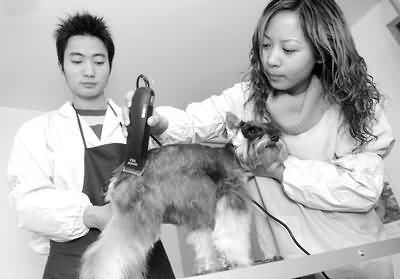 Do you agree or disagree with the following statement? People spend too much money on their pets even though there can be other good ways to spend money. Give details and examples to support your response. 人们花了太多的钱在宠物身上，而实际上有其他更好的消费方式，用细节和例子支撑你的观点。

With the rise of the middle class, more and more people spend money on things that are not essential to their daily needs. As the average wealth of households has increased, many trends have emerged. One trend that has appeared recently in my neighborhood is the increase in the amount of money people spend on their pets, and for me this is definitely the truth.

The reason why people spend too much money on their pets is because they believe their pets to be more than just animals. They assign to them many human characteristics. This does not mean that I do not like pets. I love pets. My father is a biologists and growing up our house was always filled with lots of strange and unique pets. Pets play a very important role in families and I think we should take care of animals. I love volunteering for the local animal shelter and helping find homes for stray pets. I like taking care of animals and I will be the first to help an animal in need. I do not, however, believe that we should treat pets like humans.

My neighbors, on the other hand, have a different opinion. They love their dogs, but I think they are a rather extreme when it comes to taking care of their dogs. For example, their dogs have their own feather beds that cost 300 dollars each. I think that’s how much all of the furniture in my bedroom costs! My neighbors claim that their dogs have back problems and that the dogs need these beds. I am not sure the dogs realize this, because last time I visited my neighbors I saw that the dogs had ripped a bunch of holes in these beds. Maybe humans think these dog beds are more comfortable, but I highly doubt that dogs know the difference between a several hundred dollar mattress and a ten dollar mattress. Buying these kinds of luxury items for pets is very silly.

Spending exorbitant amounts of money on one’s pet is not only pointless, but it’s also wasteful. It’s pointless because pets can’t determine the quality of an object. It’s wasteful, because there are so many better things on which to spend one’s money. Take for example the animal shelter. Rather than spending 300 dollars on a fancy mattress, my neighbors could have donated that money to the animal shelter. The animal shelter helps find pets homes and helps control the local animal population. Before the animal shelter was set up, my town was overrun with feral cats and stray dogs. Now, thanks to the shelter, those animals have been taken off the streets. If my neighbors loved animals so much, they would try and help as many as they could instead of wasting all of their money on their dogs.

I believe people today spend too much money on their pets. I love animals, but I believe there are better ways to spend one’s money. Spending a lot of money on pets is extravagant and senseless.