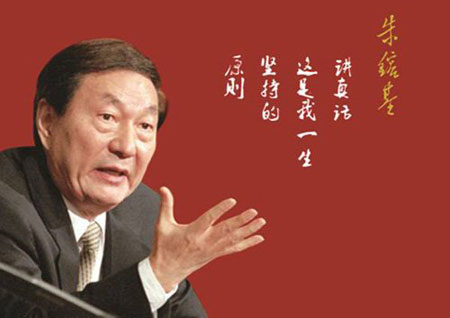 Do you agree or disagree with the following statement?

Always telling the truth is the most important consideration in any relationship between people.

Use specific reasons and examples to support your answer.

1) 1)the truth is offending and may not be a very nice thing to both hear and say. White lie, Advertising，Dressing

2) 2)Unarguably, hiding (entirely or particularly) the truth in some situations can be quite handy indeed. Spy. Confrontations and disputes can seemingly be avoided. politician, historian

Honest is most important virtue.

Lie will sooner or later be unfolded. And the truth will hurt both sides.

Dishonesty will leave bad influence among others.

There are certain considerations or factors that everyone takes into account in a relationship.

People may look for honesty, altruism, understanding, loyalty, being thoughtful etc! Everyone would more or less wish that the person s/he is dealing with, has some of these virtues above. Putting them in an order according to their importance, however can be very subjective and relative.

When someone asks him/herself the question “What do I consider to be the most important thing in my relationship?” the answer depends on a lot of factors such as how his/her earlier relationships were.

After stating that everyone’s opinion can be different about this, for me honesty, in other words, always telling the truth is the most important consideration in a relationship. Opposite of this is inarguably lying and if someone needs to lie, either s/he is hiding something or is afraid of telling me something.

In any relationship of mine, I would wish that first of all, the person I’m dealing with is honest. Even though s/he thinks that s/he did something wrong that I wouldn’t like, s/he’d better tell me the truth and not lie about it. Later on if I find out about a lie or hear the truth from someone else, that’d be much more unpleasant. In that case how can I ever believe or trust that person again? How can I ever believe that this person has enough confidence in me to forgive him/her and carry on with the relationship from there. So if I cannot trust a person anymore, if the person doesn’t think I can handle the truth, there’s no point to continuing that relationship.

Although I would like to see altruistic, understanding, thoughtful and loyal behavior from people, an instance of the opposite of these behaviors would not upset me as much as dishonesty would. Among all the possible behaviors, dishonesty is the only one for me that terminates how I feel about a person’s reliability. Therefore honesty would be my first concern and the most important consideration in a relationship.

We all understand that often the truth is offending and may not be a very nice thing to both hear and say. Lies or white lies often have their advantages. The manipulation of white lies is the most obvious the business world. How many times have we heard that some product is “the finest” or “the cheapest”? how many times have we heard that products have such and such “magical functions”? advertising is about persuasion, and many would agree that if a company is to tell the absolute truth about it’s products, no one would be interested in even having a look at the products.

The same logic applies to human relationships. If your friend had worn a newly purchased dress on her birthday and energetically asked you if it was a worthy buy, would you freely express your opinion that you had never seen a dress as the one she’s currently wearing? And spoil her birthday? Unarguably, hiding (entirely or particially) the truth in some situations can be quite handy indeed. Confrontations and disputes can seemingly be avoided.

However, there is always the risk factor of the truth emerging sooner or later when telling an untruth. The basic trust in any relationships (businessman/customer, friends, parents/children) will be blotched, and would have an impact on the future relationship between both parties. The story of the “the boy who cried wolf” fully illustrates the consequences of telling untruths. No one will believe you when you’re telling the truth. Your word will have no weighting.

In addition, another “bad factor” of telling untruths is that you have absolutely no control over when the truth (of previous untruths) will emerge. Untruths breed pain in both parties: tears when the truth is uncovered after a period of time; fear and the burden of sharing a “secret”. In the long run, it seems that hiding the truth is not beneficial to either party.

Everyone hates betrayal. Even if it is the trend to occasionally hide the truth in relationships, it is strongly recommended that not to follow that trend as the risk and the consequences of the truth unfolded overwhelms the minimal advantages one can derive from not telling the truth After all, it is understood that relationships are founded on “trust” which goes hand in hand with “truth”. Indeed telling the truth is the most important consideration in any relationship between people. Always.