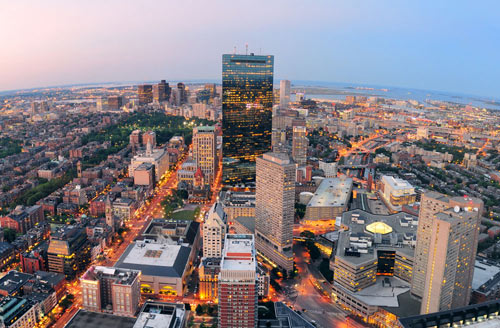 Small towns and big cities both have some problems in terms of transportation. In a small town, you have to own a car to ensure a comfortable living .you can’t get around without one because there isn’t any kind of public transportation. Big cities generally have heavy traffic and expensive parking, but there you have a choice of taking public transportation. It’s not free, but it’s often cheaper than driving when you consider gas and time, especially if you don’t have a car, you’re better off in the city.

I love the excitement of big cities. Small towns have a slow pace. Large cities mean you have to adapt to a variety of situations, like finding a new route to work or trvine a new restaurant. I enjoy that challenge very much. Another part of the excitement of city living is the variety of cultural activities available. There is a wild assortment of theatre music and dance performances available in big cities. These things are rare in small ones.

The final thing I think about large cities is the diversity of the people. the United States is made up of people of different races, religions, abilities, and interests. However, you seldom find such a variety of people in a small town. I think that living in an area where everyone was just like me would quickly become boring.

Of course, security is a concern, and that one area where small towns are superior to big cities. Still, I would rather be a bit more cautions and live a large city than to feel secure but bored.